Though lot of the TV commercials sound silly and nonsense, few are really good at attracting the viewers. Remember the old Dhara’s commercial on DD featuring a kid saying “Jalebi,”  Bajaj’s ad of “buland bharat ki buland tasveer – hamara bajaj,” Rasna’s “I love you Rasna,” and Cadbury’s “kya swad hai zindagi mein.” These were very popular because of either kids with so-sweet dialogues or good song with a great music.

The recent ads that I really like are ICICI’s “Hukus Bukus Telewan Chukus” and Cinthol’s ad “Alive Is Awesome” I use these commercials’ songs as my mobile ringtones.

The recent ad I am loving is Axe‘s commercial for its new product “Blast” deo, not for the plot, but for the song used in it. In this ad, Ranbir Kapoor keeps clicking a counter when a girl is attracted to him. At the end, he sits in a cab and shows the counter to the driver, but the driver wearing Axe’s Blast scores more female attention than even the Bollywood star. The background music is an English song with clicking sound from the counter. The song is really good with simple music and lyrics. I just googled for the song and found that it is “Gangster of Love” sung by Johnny Watson and was released in 1957. 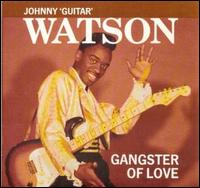 Listen to the original Song:

Iconic One Theme | Powered by Wordpress